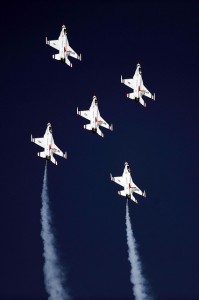 At the western base of Frenchman Mountain, and near Nellis Air Force Base, the city is 12 miles from the Las Vegas strip. If you love baseball, you’ll love Shadow Rock Park which has four diamonds and is always hopping with activity.

Many people are unaware that a big part of the Las Vegas Strip is actually in Paradise, NV. In fact, the U.S. Postal Services simply uses “Las Vegas” as the place name for Paradise so people don’t get confused. In addition to the Strip, Paradise is also home to McCarran International Airport and UNLV. If you work anywhere near the Strip or the airport, consider cutting your commute and moving to Paradise.

About nine miles due east of the Strip, Whitney is to the east of I-515 and the Boulder Hwy. The city is best known for housing UNLV’s Sam Boyd Stadium. Whitney is a great place to raise a family because it’s not so close to all the activity you find in some of the other parts of the metro area.

Like Paradise, Winchester is known by the U.S. Postal service as “Las Vegas” and is in the portion of the city that most people normally associate with Vegas. Just east of the Strip and north of Paradise, Winchester contains hospitals, the Las Vegas National Golf Club, a community center, several parks, and many strip malls.

With each of these cities having rental rates priced within $42 dollars of each other, your decision should come down to your needs. If you work closer to the Strip, consider Paradise and Winchester, your commute will be non-existent, and, as someone who hasn’t had a regular commute over half of a mile for the past 8 years, I can tell you that once you eliminate your commute, you change your life.

If, on the other hand, you’ve got small children and need parks and family-friendly activities, consider Sunrise Manor and Whitney. They’re all great places and they’ve got awesome apartments.

How about you? Any luck finding apartments in Las Vegas? Comment below.

*** If you’d like some help finding an apartment in Las Vegas, I’ve got a whole staff of people standing by to help you for free. Call one of our apartment experts at 877-676-1767.

Looking for Apartment Rentals in Las Vegas? The Best County Parks All Have Apartments Nearby

Looking for a Great Apartment Rental in Las Vegas? Here Are 5 Apartment Complexes Above $1,000

7 Vegetables To Grow In Containers

15 Ways To Reduce Waste In Your Home